The link between Periodontal disease and Alzheimer’s disease

Periodontal disease affects more Americans each year. Some estimates suggest as much as 80% of the population of US adults are afflicted. Most people don’t consider periodontal (gum) disease to be a cause for grave concern because it’s treatable and it isn’t deadly. However, research has indicated that there may be a significant link between periodontal disease and numerous systemic or chronic illnesses. Dr. Chris Devlin and his State College, PA dental team recommend twice annual dental checkups and teeth cleanings to help prevent gum disease and its potential medical complications. If you’re suffering from gum disease or haven’t had a teeth cleaning and exam recently, call to schedule a checkup with us today. 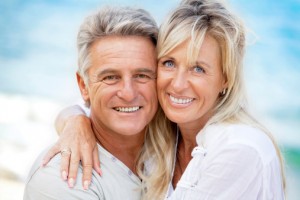 Periodontal disease generally begins as a mild irritation of gum tissue caused by bacterial growth below the gum line. This is frequently referred to as gingivitis and is easily treated with a thorough teeth cleaning from your dental hygienist. Left untreated or not properly cared for, gingivitis can develop into the more severe periodontitis. This form of gum disease can be quite painful, and is the leading cause of tooth loss in US adults. Periodontitis results when bacteria beneath the gums buildup creating pockets of plaque and tartar that separate the tooth from the gums. Over time, the fibers that connect the tooth to the gums and jawbone breakdown entirely. Indicators of periodontitis include redness or irritation, bleeding gums, loose feeling teeth, severe bad breath, and painful sores along gums. If you have any of these symptoms, call Dr. Devlin to schedule an appointment right away.

Periodontal disease can be unpleasant on its own, but recent studies have shown clear links between periodontitis and cardiovascular disease like strokes and arrhythmia. Additionally, periodontal disease has been linked to blood clots, liver disease, and is believed to adversely affect the insulin production and usage in patients with diabetes.

Alzheimer’s Disease (AD) is a cognitive disorder that affects a patient’s short term memory, concentration, and spatial orientation. AD affects an increasing number of US adults each year. Reports indicate the possibility of AD affecting more than 10 million people in the US before 2050. AD is a chronic inflammatory disease. Inflammation and infection in the body causes neurological synapses to work differently, and can lead to AD or other cognitive disorders. 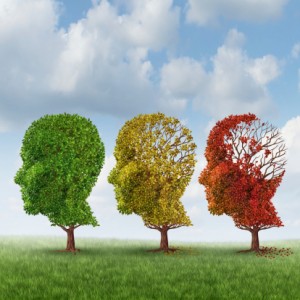 A recent study showed that a high percentage of patients with AD also had periodontal disease when compared to a comparable group of patients who did not suffer from AD. While a direct correlation has not as of yet been established, the findings are significant enough to prompt further research. Results indicate that the connection between AD and periodontal disease may be bi-directional much like the correlation between diabetes and gum disease. Diabetes results when the body is unable to utilize insulin properly, gum disease interferes with the body’s ability to use insulin when sugary plaque deposits enter the blood stream. Thus, as periodontal disease worsens, so do diabetic symptoms

Call Your State College Dentist to Find Out More

Whether periodontal disease can be said to cause Alzheimer’s is still a matter for further discussion, but it is clear that inflammation and infection from periodontal disease makes it more difficult for our bodies to defend against the chronic inflammation caused by AD. A consistent, effective at-home dental care routine and twice annual dental examinations and cleanings are your first steps in preventing periodontal disease and avoiding its adverse effects on your body. Call Dr. Devlin to find out more about periodontal disease or schedule an appointment today. Our State College, PA office welcomes patients from surrounding areas including Centre Hall, Bellefonte, and Altoona.